Shaina Magdayao confirmed that she will be working with her ex-boyfriend, John Lloyd Cruz in a big screen once more. After many years when the actor was silent in showbiz industry, he is now coming back again.

We remember that he played the role of Romeo, the husband of Julie (Toni Gonzaga) in his last appearance in Home Sweetie Home comedy. John Lloyd will lead a movie this year that’s why his fans are so excited. It’s been years when the actor wasn’t seen in the screen so his received the announcement as good news.

One more thing that excited the fans is the idea that John Lloyd with his ex-girlfriend Shaina. However, in a press conference with Shaina Magdayao in her new 2020 Metro Manila Film Festival Summer entitled “Tagpuan”, she emphasized that she will just play a short role with Jhon Lloyd in that movie.

The comeback movie of Jhon Lloyd is “Servando Magdamag”. It is a film of actor directed by Director Lav Diaz.

“Actually it’s not my film. I’ll answer it once and for all para hindi na tayo humaba pa. It’s not my film with him. It’s Ricky Lee’s material.It’s called “Servando Magdamag”. It is directed by Lav Diaz. It’s not my film. Cameo lang po ako.” Shaina answered to the press who asked about John Lloyd’s movie. 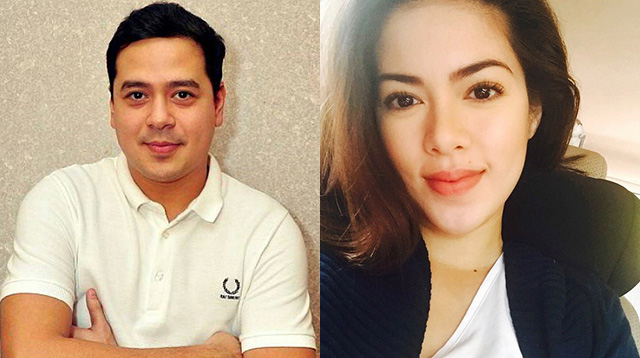 Shaina said that she just accepted the role because of Director Lav Diaz. Indebtedness towards the director pushed Shaina to do the role. “Sa lahat ng film na ginagaw ako po kasi with Direk Lav, hindi ko po hinihindi-an yan. I was ablo to attend so many international film festival and the exposure he has given me is something na hindi ko inakala na mararating ko” she stated.

She also added that they are in good terms with her ex-boyfriend Jhon Lloyd. Moreover, she shared that she’s happy working with Jhon Lloyd Cruz and Director Lav once again.