Willlie Revillame cried last Friday night. It happened when a  video tape recorder (VTR) was played during his variety show Wowowin or Tutok to Win. The VTR was a tribute to the brave health workers.

Because of the lockdown, Willie makes live streaming wherein he hosts the show alone and gives cash prizes to the people who watch. Actually, he has a company, the band and other staff that of course do social distancing and use face masks. Sometimes, there are visitors and guests who sing like Rita Daniela at Derrick Monasterio.

Last Friday, when the VTR was about to play, Willie instructed that no one should cry yet and focus to the video prepare. The VTR contains the compilation of videos from social media where health workers cannot go near to their loved ones. There was a part in the video wherein, the child was wrapped and covered first just to hug his father. The video was ended with the pictures of frontliners who died because of the COVID-19. Their braveness is priceles.

The camera focused back to Willie when the video ended. 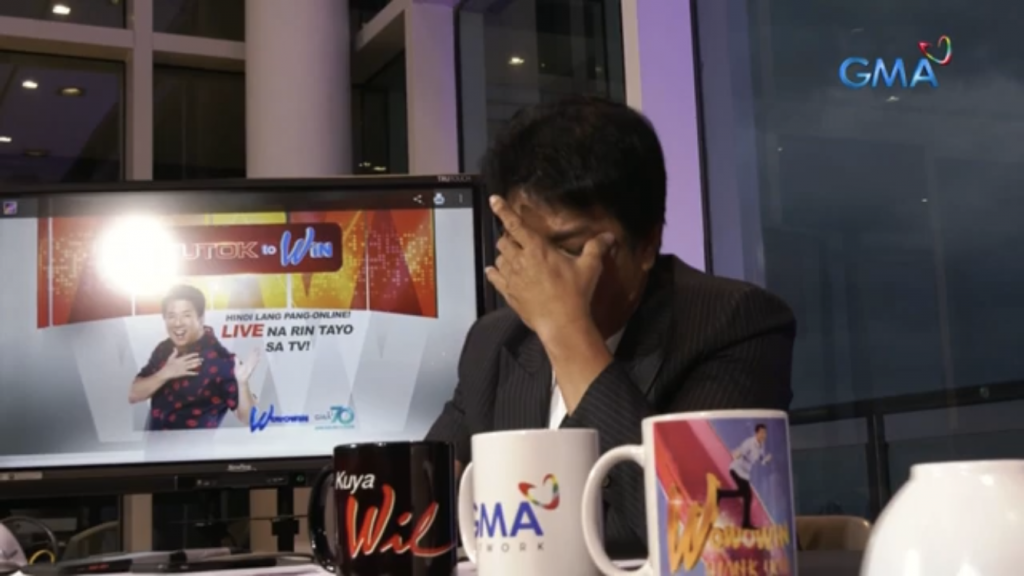 Previous Post: « President Claims COVID-19 Cure Is On The Way
Next Post: Realizations Of Celebrities During Enhanced Community Quarantine »